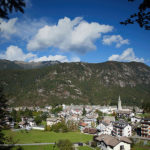 Malesco, already Orange Flag, participates in Borghi- Viaggio Italiano, “a promoting initiative of 1,000 villages, from the hinterland to the coast, as places of slow tourism, authenticity and quality of life. Promulgated in 2017, declared by MIBACT “Year of the Villages”, it promotes at national and international level, the Italy of small towns “

The initiative is promoted by 18 regions, lead by the Emilia-Romagna Region, in collaboration with the MIBACT 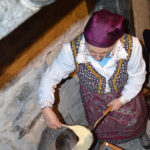 Malesco has a wealth of intangible assets and in 2013 joined the project E.CH.I. Italian-Swiss Ethnographies for the valuation of Intangible Assets – P.O. of the Cross-border Co-operation Italy Switzerland 2007-2013, a project promoted by the Region of Lombardy with Regione Piemonte, Autonomous Region of Valle d’Aosta, Autonomous Province of Bolzano, Canton Valais, Canton Ticino and Graubünden Canton (www. www.echi-interreg.eu).
Within the framework of E.CH.I., some excellences and traditional goods related to Malesco were presented, such as the runditt, the matuzina, the historical Carnival and were reccomended some of the key elements of intangible Valle Vigezzo’s heritage.
Thanks to the help of researchers, cards for each item were produced, which can be consulted in the Immaterial Heritage Inventory of the Alpine Regions online at www.intangiblesearch.eu

From this experience, the Ecomuseum has drawn new lymph and, in small steps, has approached more and more people active in the area, triggering shared actions.

We remember also the collaborations with the Carnival Committee of Malesco, the Academy of the Runditt and the work with and for the community of Zornasco.

CURIOUS BY NATURE and the Charter for Sustainable Tourism

The exhibition, which takes place from 2013, is carried out in collaboration with the Library of Malesco, under the European Charter for Sustainable Tourism (CETS), certification obtained by the Val Grande National Park.

Curious by nature, includes a series of activities aimed to enhance the ecomuseum’s heritage and valley territory and includes creative workshops, readings, excursions and guided tours, for children and families

The Ecomuseum collaborates with associations, local authorities and with the community.

It has launched a series of projects for the protection of intangible assets and enhancement of the territory.

Participation in other initiatives

Promotion of the Ecomuseum, distribution of informative material, animation with the folk group of the town.

The initiative was organized by the Ecomuseums Piedmont Network and by the Ecomuseo Basso Monferrato Astigiano at the Civic Theater of Moncalvo (AT).

Valorization of local products during the presentation of Salone del Gusto, at the prefecture in Verbania.

Presentation of the local museum and products in collaboration with Slow Food.

Presentation of the product “runditt”, of the ecomuseum heritage and of the territory, thanks to Slow Food Valle Ossola, at the Chamber of Commerce, at Terra Madre,  Salone del gusto – Turin


Feast of the Witches (1 October)

For some years now, the Ecomuseum participates in the Witches’ Feast held in the Municipality of Craveggia; n the past with the setting up of a courtyard called The House of Knowledge. For the 2013 edition, it hosted a conference in the halls of the Park Museum, once the Valle Vigezzo’s InquisitionTribunal.

The Ecomuseum in 2016 took part in the initiative, setting up with the community of Zornasco, a part of the town called Ghetto and participating in the evening with readings and animation.

Collaborations / Associations of which the Ecomuseum is part