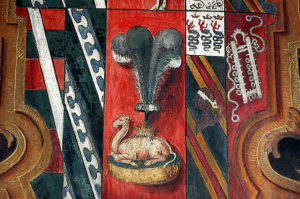 The historical events of Malesco are aligned with those of Valle Vigezzo and Ossola itself.

They move forward, indeed, from the first hypothesis of human presence, after the glaciers left the vast plateau free, to the documented Roman domination of the Ossola, to which the valley also belonged.

It was then the turn of the barbarians, who overthrew the Roman institutions; then the Lombards and later the Franks, who divided the border areas into March-lands by incorporating the area into the Ivrea March-land.

The events in feudal times

In the feudal era, the Ossola belonged to the Bishops of Novara, who allowed the inhabitants of Valle Vigezzo to appoint their own consuls, belonging to the Castellano of the court of Mattarella.
The internal frustrations between factions of Guelphs and Ghibellines and the threats of the Valaisans, pushed the Ossolans to seek protection from the Visconti family, lords of Milan.
The recurreing Swiss invasions led then to the dominion of the Savoia family, which seemed to offer greater security, but soon command returned to the Visconti. Successors of the Visconti was the Sforza family, who granted the valley to the Borromeo family, as feudal estate.
Upon their arrival, the Spaniards confirmed the former Lombard immunity, but deployed to the valley more heavy taxes. Malesco then went from the Spanish dominion to the Austrian one, which locally established the Provincial Council of the Ossola and, only since 1743 passed under Casa Savoia.

The events in the Napoleonic era

With the French Revolution and Napoleon, there was an annexation to the Cisalpine Republic followed by the Kingdom of Italy.

In 1818 there was a return under the Savoia, which established the new Province of the Ossola, including the districts of Domodossola, S. Maria Maggiore, Bannio and Crodo.
Then, the Unity of Italy: the Valle Vigezzo district included sixteen municipalities, reduced to five in the Fascist period and returned to the current 7 in the 50s of the last century.

The relationship between historical events and traditions

Malesco maintained a close connection with his own history and traditions that became over time patrimony of the whole valley, above all after the collapse of the widespread local rivalry.

Singular and unique in the area is, for example, the idiom spoken still today in the town, characterized by the “e” ending of every word (Malesco’s dialect).

The historically most important figures of Malesco (fractions included) connected their fame to individual successes following the emigration of the last four centuries and to the generous donations to the town’s people. They belonged to the Cavalli, Cioja, De Magistris, Mellerio, Neri, Peretti, Pollini, Salati, Sotta, Trabucchi and Zanna families.